I should have been a journalist. Because after watching this weekend’s football (and the U.S. premiere of season three of Downton Abbey), there is one interview I’d very much like to conduct.

“Who might that be? And why are you talking about football, a subject about which you know so little and so far afield from the purported purpose of your blog?” you might be thinking. And these are all good questions. While I confess to knowing only a little about the game of football, I’ve kind of learned to enjoy watching it. It’s given me something to talk about at work, where few and far between are the people who have any interest whatsoever in books and reading.

The number one person I would like to interview in the world of football? Aaron Rodgers, quarterback for the Green Bay Packers. He comes across as being very humble, which I really appreciate in any person, and we’re roughly the same age. And then he sometimes wears what looks like a turtleneck under his jersey when he’s playing in the cold, and I think it’s kind of adorable.

So without further ado, and entirely the product of this weekend’s television consumption and of conversations with my sister (I did read a book, too – stayed up far too late finishing it in the wee small hours of Sunday morning), my three questions for Aaron Rodgers: 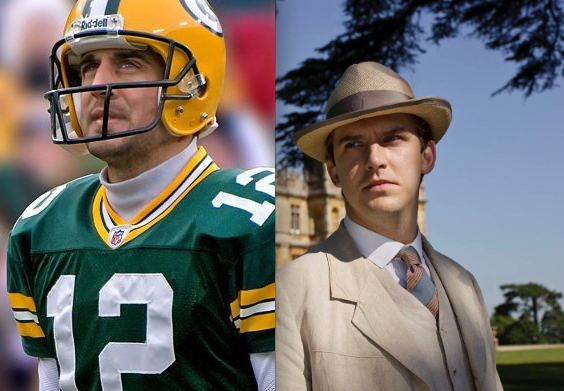 And then, because I’m not actually a journalist, and because I probably couldn’t speak to anyone famous without blushing, and because I would never presume to talk about football like I actually know about football with a professional like Aaron Rodgers, I would want to hand the interview over to a real sports journalist, like Bob Costas, before I could really embarrass myself. If I hadn’t already.

2 thoughts on “I Should Have Been A Journalist”