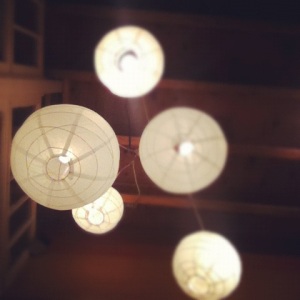 It was my very first college class. Math 150. College Algebra.

I myself by no means excel at math; but when I took the college placement test, they put me in College Algebra, and in College Algebra I sat next to a really cute boy. I don’t remember the professor’s name or even any of the math we did in that class (which is kind of odd considering I recall in a nightmarish haze the horrors of statistics and the tears I shed over calculus in college). But I do remember the colors of the leaves on the trees lining the street outside the windows and that the cute boy who sat next to me had some of the bluest eyes I’d ever seen.

I could even tell you his name. It’s been maybe twelve years since that class, but I still remember his name. And the car he drove (a Honda CRX). But in the event that he (like I do, and probably you, too) googles himself occasionally, I won’t risk it.

I bring it up because I am almost one hundred percent positive that my employer just hired him as an information security engineer, and I sat across a conference room from him this afternoon in a meeting as he introduced himself. His eyes are still blue.

I’ve brought up my crazy memory before: my brain tucks away tidbits with tenacity, and sometimes it even surprises me, as this afternoon when the handsome stranger introduced himself as a new employee, and I was temporarily back in Math 150, third row from the front, center aisle.

We only had the one class together (I don’t even think we spoke), and he would shortly be displaced in my late-adolescent crushes by a boy from my speech class who had artfully mussed hair and drove a beat-up brown BMW and played on the basketball team.

With so slight a connection as having had a single class with him some twelve years ago, it’s just all that much more awkward that I remember him, because (let’s face it), any way I bring it up, I sound like a stalker. Honestly I think remembering him has a lot more to do with my unbridled glee at being no longer in high school, and with being in college, which I’d wanted to do since first grade. (And maybe his eyes.)

Part of my brain spent the rest of the afternoon imagining conversational scenarios in which I discovered whether he is, in fact, the boy from Math 150, by broaching various subjects like college, the reliability of Hondas as cars, and where we grew up. None of them ended well, which, in the end, is probably all for the best.

Because if I’m wrong, that might be even more embarrassing than if I’m right.